Read on for more in this Chapter

Responsible Investments Under Management (in millions)

Responsible Investments Under Management (in millions)

MIM has a long history of investing in companies and projects that are focused on the conservation of natural resources, the production and discovery of alternative energy sources, the implementation of clean air and water projects, and other environmentally conscious business practices.

Expand All Collapse All

MIM’s real estate equity team and other asset managers conduct due diligence on all new acquisitions, including a formal review of a broad spectrum of ESG risks and opportunities. Risk and opportunities evaluated include factors such as overall building performance and energy efficiency; viability of green certifications like LEED, ENERGY STAR, and BREEAM5; indoor environmental quality; occupant health and safety; toxic materials; environmental assessments; and compliance with accessibility regulations. In 2020, MIM provided ENERGY STAR Portfolio Manager training for more than 150 property managers to help them benchmark their buildings. By the end of 2020, MetLife and MIM had earned ENERGY STAR certification for 46 buildings. We implement our objectives with the intention to increase the efficiency and sustainability of MetLife’s real estate portfolio, to improve operational and financial performance, and to embed these ESG initiatives in our investment decisions.

In addition, MIM pursues its own performance goals, with progress published annually through specific and quarterly investor summaries, specific to equity real estate holdings. Our 2025 goals include:

Building off of MetLife’s operational carbon neutrality commitment6 since 2016, MIM created the MetZero™ program to seek to achieve carbon neutrality at its investment real estate properties. Several MIM investment fund products collaborated in 2020 to launch the MetZero™ Program to seek to achieve carbon neutrality. MIM developed the program based on our benchmarking in ENERGY STAR Portfolio Manager and organized around our proprietary Carbon Cascade™ approach, where emissions are systematically lowered through a series of investment tranches. First, emissions are reduced as much as possible through energy management and implementation of on-site renewables and increased use of collaboration tools to reduce employee business travel. The remaining emissions are then offset through the purchase of renewable energy, carbon offsets, and renewable energy certificates.

MIM originated a $119 million commercial mortgage loan on 414 Light Street, a newly built LEED Silver multifamily building situated on Baltimore’s Inner Harbor waterfront. The transit-oriented property’s location on the city’s waterfront offers residents superior access to multiple modes of transportation. It is three blocks from Camden light rail and MARC commuter rail station, as well as the Charm City Circulator, a free rapid shuttle bus that has a stop directly adjacent to the site, along with two water taxi stops within a block of the site providing transportation across the Inner Harbor. This unique transit access makes the property an attractive option for residents who commute to Washington, D.C., and major employment hubs at Fort Meade/National Security Agency and Howard County. The property’s location, which boasts a Walk Score of 97, also offers residents walkable access to numerous retail, dining, and entertainment options and easy access to employers in the Central Business District.

In 2020, MIM facilitated a $130 million investment in Brookfield Renewable Partners’ Sidney A. Murray Jr. Hydroelectric Station in Louisiana. The 192-megawatt run-of-river facility is located adjacent to the Mississippi River in Concordia Parish, Louisiana. It was developed in 1990 and is considered one of the leading sustainable assets in Louisiana, providing renewable electricity generation through hydropower in a region of relatively high carbon intensity. It is also part of the Old River Control Complex, a collection of four structures operated to better manage flooding in the region.

The $130 million investment, part of a larger $560 million private placement financing executed by Brookfield, was facilitated by MIM’s Infrastructure team and funded by MetLife and six unaffiliated MIM clients. The proceeds support Brookfield’s ownership of the facility as a global leader of renewable power with strong ESG principles and practices. 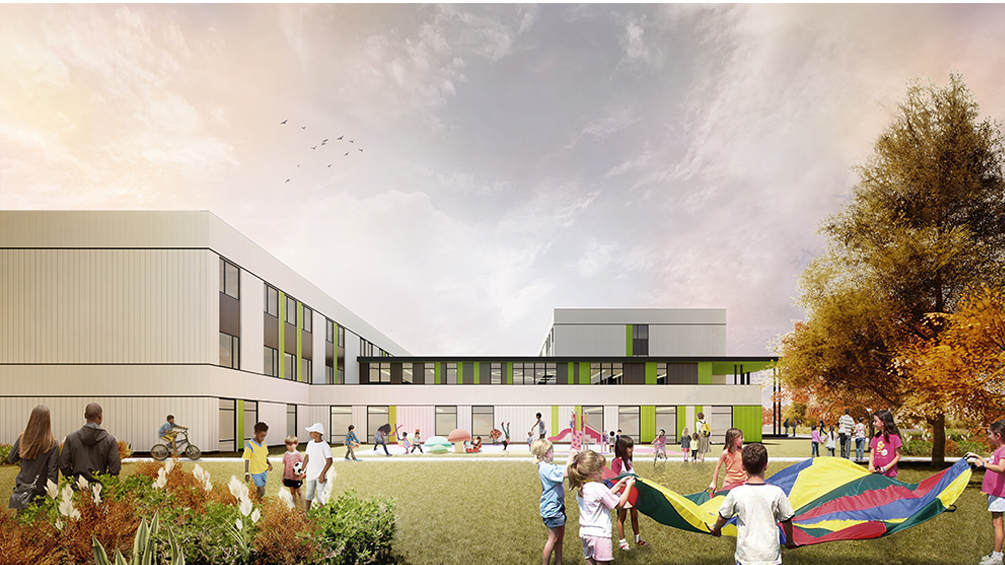 We invest in high-quality housing projects that build financial health and bring tangible benefits to communities.

MIM directed a £48M (approximately $59 million) investment in Community Gateway Association (“CGA”), a U.K.-based company specializing in providing affordable rental homes and shared ownership homes to its customers. To complement its social work in the community, CGA also offers employment and training to young people, as well as helping its residents with access to foodbanks and debt advice. As of March 31, 2020, CGA provided over 6,600 homes in its area of operation in the northwest of England.

We invest in infrastructure projects that create local jobs and economic benefits. These could include building or upgrading airports, ports, roads, pipelines, transmission lines, and power generation—including wind and solar projects.

MIM supported Maryland’s Prince George’s County Public Schools, the second-largest public school system in the state and a top 20 public school district in the United States, in a public-private partnership (PPP) with $203.5 million in construction financing for six new public schools. The design-build project, which is expected to take three years, will involve the demolition of four aging schools and the simultaneous construction of six new schools (five middle schools and one K-8 school), which will provide a modern learning environment for approximately 8,000 students. The project is further supportive of the community with requirements that at least 30% of the contract value be allocated to local and minority-owned businesses and approximately 4,100 people be employed. Led by MIM’s Private Capital team, this unique PPP transaction is believed to be one of the first of its kind involving a public school system in the U.S.

A municipal bond is a public debt security issued by a state, municipality, or county to finance its capital expenditures, including the construction of highways, bridges, or schools.

Supporting vulnerable people during the pandemic with The Rockefeller Foundation

In 2020, MIM directed a $20 million investment in the bonds of The Rockefeller Foundation, a nonprofit organization founded in 1913 with a mission to promote the well-being of humanity throughout the world. The Foundation’s initial $700 million bond offering is designed to accelerate its grant-making capacity in the program areas of global public health and sustainable energy. Within its Precision Public Health initiative, the Foundation will further focus its programmatic activities toward a more equitable and inclusive health response to the global COVID-19 pandemic by scaling up its testing and tracing activities and preparing countries for a vaccine rollout. Within its Power & Climate Initiative, the Foundation plans to accelerate its initiative to deliver renewable energy to poor, underserved rural populations in Africa, Asia, and Latin Americain support of a green and equitable recovery from the COVID-19 pandemic.

Chapter 5: Ensuring Confidence for Our Customers

3 Municipal Bonds include taxable and tax-exempt revenue bonds and, to a much lesser extent, general obligations of states, municipalities, and political subdivisions.

6 Carbon neutrality means eliminating or offsetting all greenhouse gas (GHG) emissions across a company’s operations. For MetLife, carbon neutrality applies to GHG emissions from all of MetLife’s owned and leased properties across the world, its fleet of automobiles in the Auto & Home business line (Scope 1 and 2 Emissions), and the company’s employee business travel (Scope 3 Emissions). Scope 1 refrigerant emissions from HVAC systems are not included in our commitment.